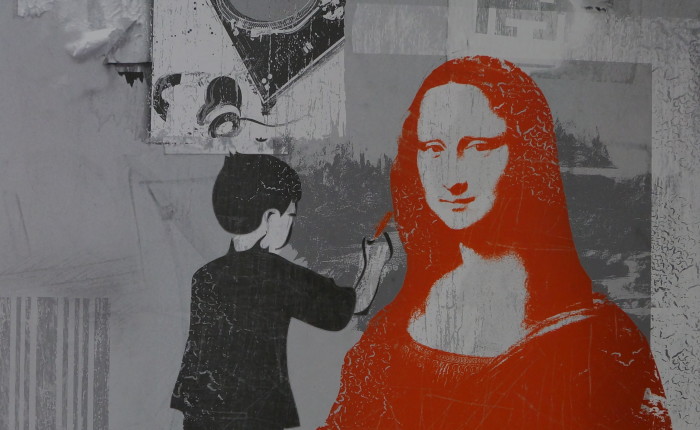 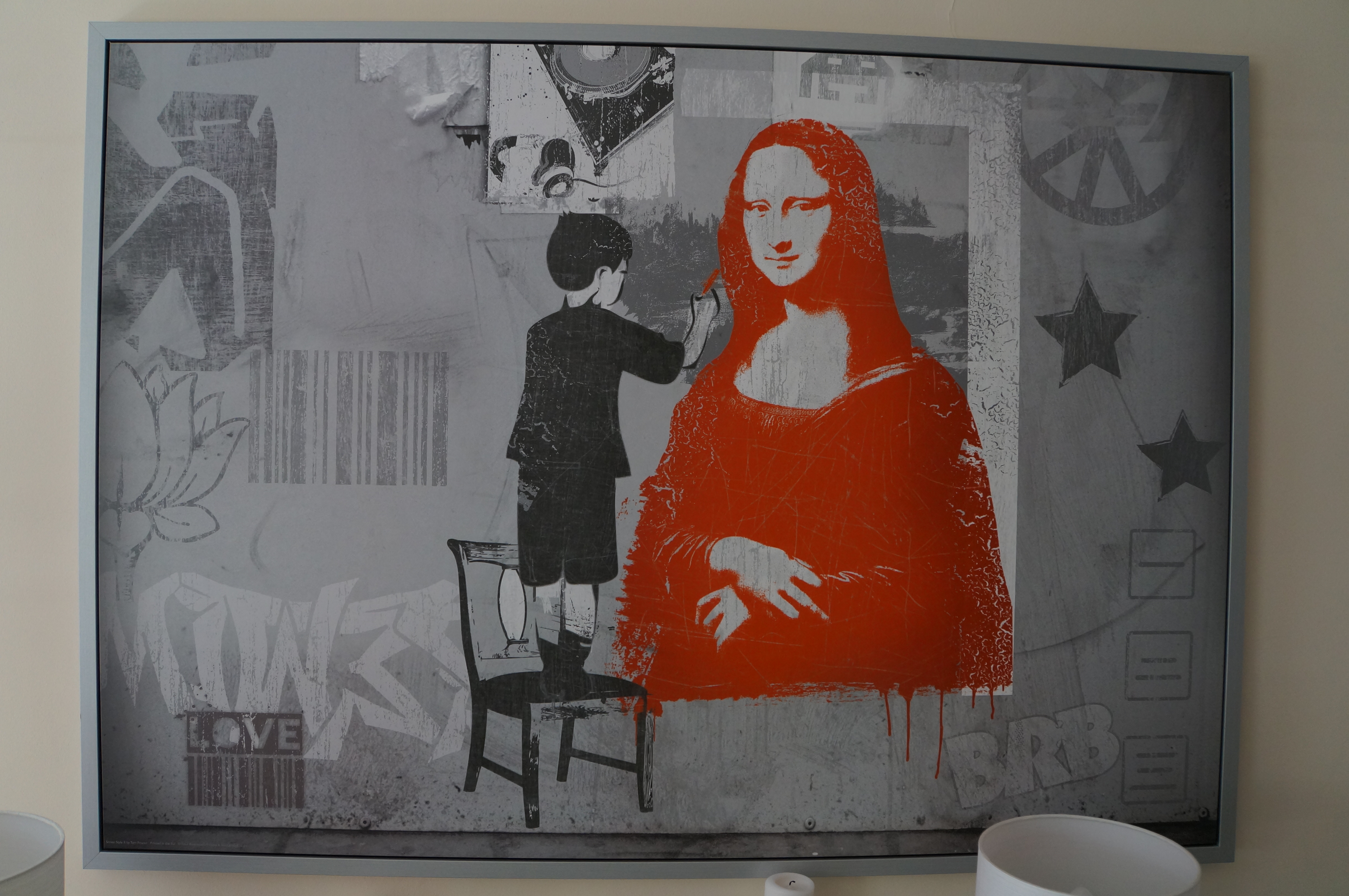 As a quick fix for my need to write, I’ve created this travelog.  I suppose about half the blogs out there have a theme or angle (I have another couple that do).  This one however is merely the account of one single-woman’s journeys through various geographies.  Definitely not a travel guide, and hopefully not just a boring journal.  I am sometimes alone, sometimes with my kids.

At present, WordPress is new for me, and I haven’t really figured out how to make it look Whiz-Bang yet.  I had a great picture set to post as background and it came out about an inch square, no way to resize it easily.  As time goes on, I will either figure it out myself or have to make someone a really nice dinner for getting this blog up to speed graphics wise…for now, WP stock backgrounds and colors will have to do…

For now, a couple of longer entries to start, since we’ve been on the road for over a week…I’m traveling with my 14 year old son and 12 year old daughter – we spent a week in London before heading to where we are now, Dublin.

Perhaps I’ve been to London too many times.  It was charming, as ever.  But that “zing” of travel wasn’t there for me this time. London felt  like an old boyfriend.  Still handsome, still winning – but not enough chemistry between us to sleep with him again. I remembered the old love affair, my Mod days, traveling all over England on a Vespa with my friend Nicki  – showing up at dance halls in Brighton, drinking hard cider, wearing our Beatle Boots in the rain. Later, on other trips, Buckingham and Kensington Palaces, King Henry VIII, every manner of study and sight seeing about the Plantagenets, Tudors, Stewarts, Yorks and Windsors. All things British, up to and including Colin Firth, were beloved.

But last week when the kids and I rented a flat overlooking the Seven Dials in Covent Garden, I felt jaded and wondered if I had been to London too many times.  Or was it that I had been too many places;  if cities didn’t all just melt into one big cosmo-opolis, if the world hadn’t  become just too damn small for me to ever really be excited by travel again.   Everyone on cell phones.  A Subway and a Starbucks and a Five Guys and a Banana Republic everywhere we looked.  We went through the paces of tourist sights (photos to follow) and all had their own delight to be sure, but my relationship with London had changed.  A comfortable, well worn friendship had been established long ago but this time without the electricity of novelty.

Though there were still things I’d never seen before (oddly, the Tower of London – and the Warner Brother’s  World of Harry Potter in Leavsdon)  the “Here Comes Christmas” feeling in my bones I get when on the road didn’t rise up,  but a certain sadness did.  I wanted to always have London to go to – this was my 5th trip (in oodles of years). Would it be my last?

It could be that I wasn’t traveling with a partner.  How fun it might have been to pop down to a pub for a Pimms or a Half and Half, or to have a romantic dinner.  Or even to spend time really perusing the Galleries and Shops – which neither of my kids wanted to do much.  (I guess I can feel lucky in a  way that they aren’t shoppers.)

It could be that my son and daughter had just arrived at the very moment of their  teen and tweenage lives when they realized together (and with precision teamwork) that Mom is the Other and that not only is she hopeless in things like technology, but that she actually knows Nothing of the World.

There was a moment when my daughter and I had it out in front of the National Gallerie.  It wasn’t over something big.  In fact it had to do with reading a map.  There are moments, as a traveler, that one is as certain of which way to go as if one’s body was an actual magnetic needle on a compass.  But there are also times that a companion is just as certain that the opposite direction is true.  As she and I  tried to convince each other about the validity of our routes, while thousands of other tourists milled around us, while men who were spray painted copper patina created the illusion of being statues, while school children clambered deftly atop bronze lions, my daughter grabbed the map out of my hands, thrust her finger at the place on the map like I had never seen a map before, and shrilled, “You don’t know what you’re TALKING ABOUT!”  When did this happen?  When did she stop trusting me?  At what point did she decide that it was OK to scream at me?

I stopped speaking. A fiery  chill ran up my body.  I gave her a cold-blooded stare, one that said “Don’t Mess With Me. Ever.”   I knew that the way I was glaring at her was a look that she would never forget. And I instantly felt guilty.

She glared right back at me.  She held my gaze. Her look said, “Don’t Mess With Me. Ever.”  I imagined a slap-fight right in the middle of Trafalger Square.

Jetlag?  Tween-hood?  Daughter vs. Mother?   All I know is that as we stood there, while the rest of the National Gallery  loving world stood still,  it dawned on me that this trip would be different  than all the others.  That the “kids” were going to assert their Selves with a capital S, and that any chance of my trying to pull off “my way or the highway” parenting was not going to work.  I would have to find a new way to helm the ship.  And that was going to be a new journey indeed. 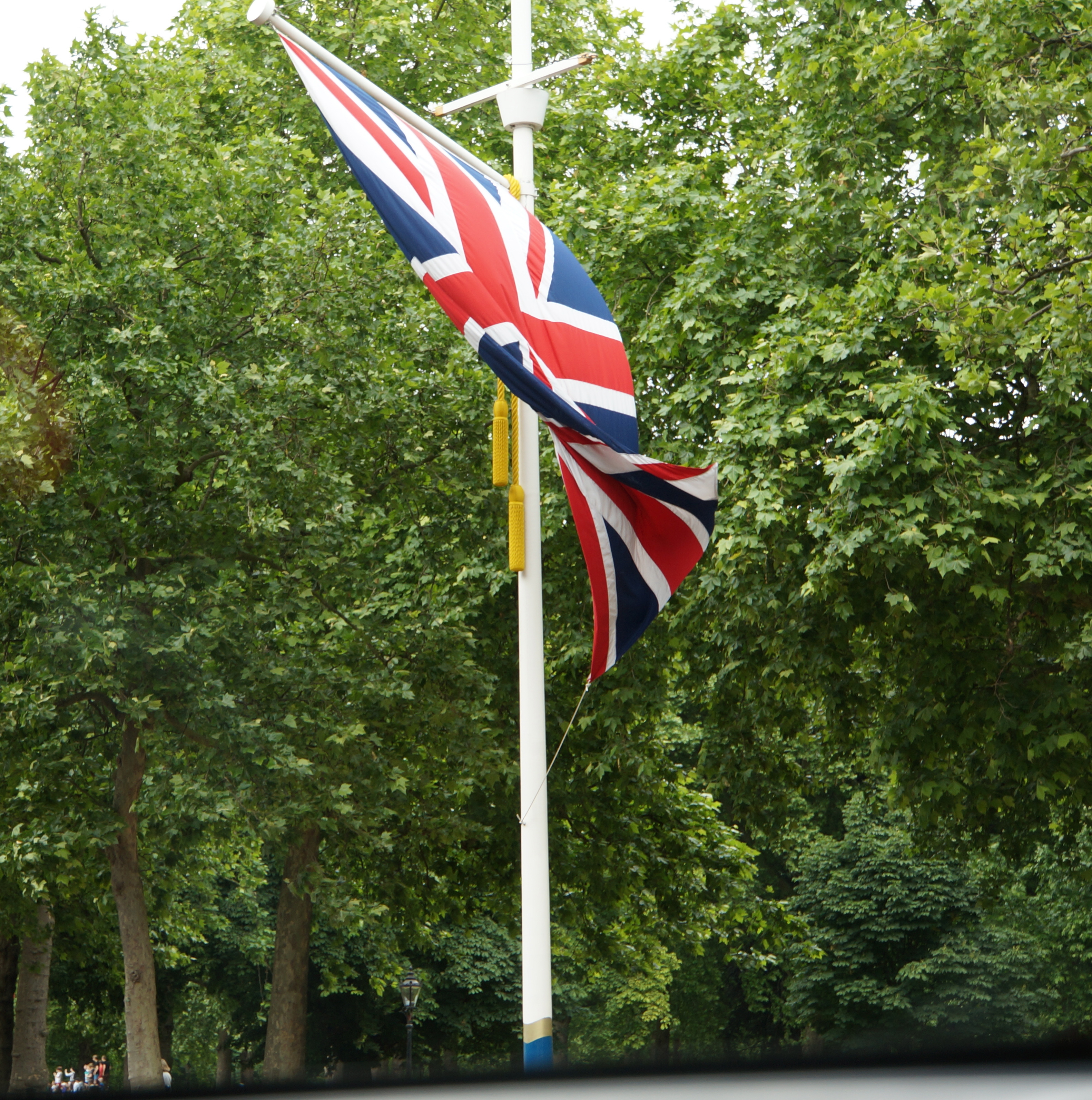 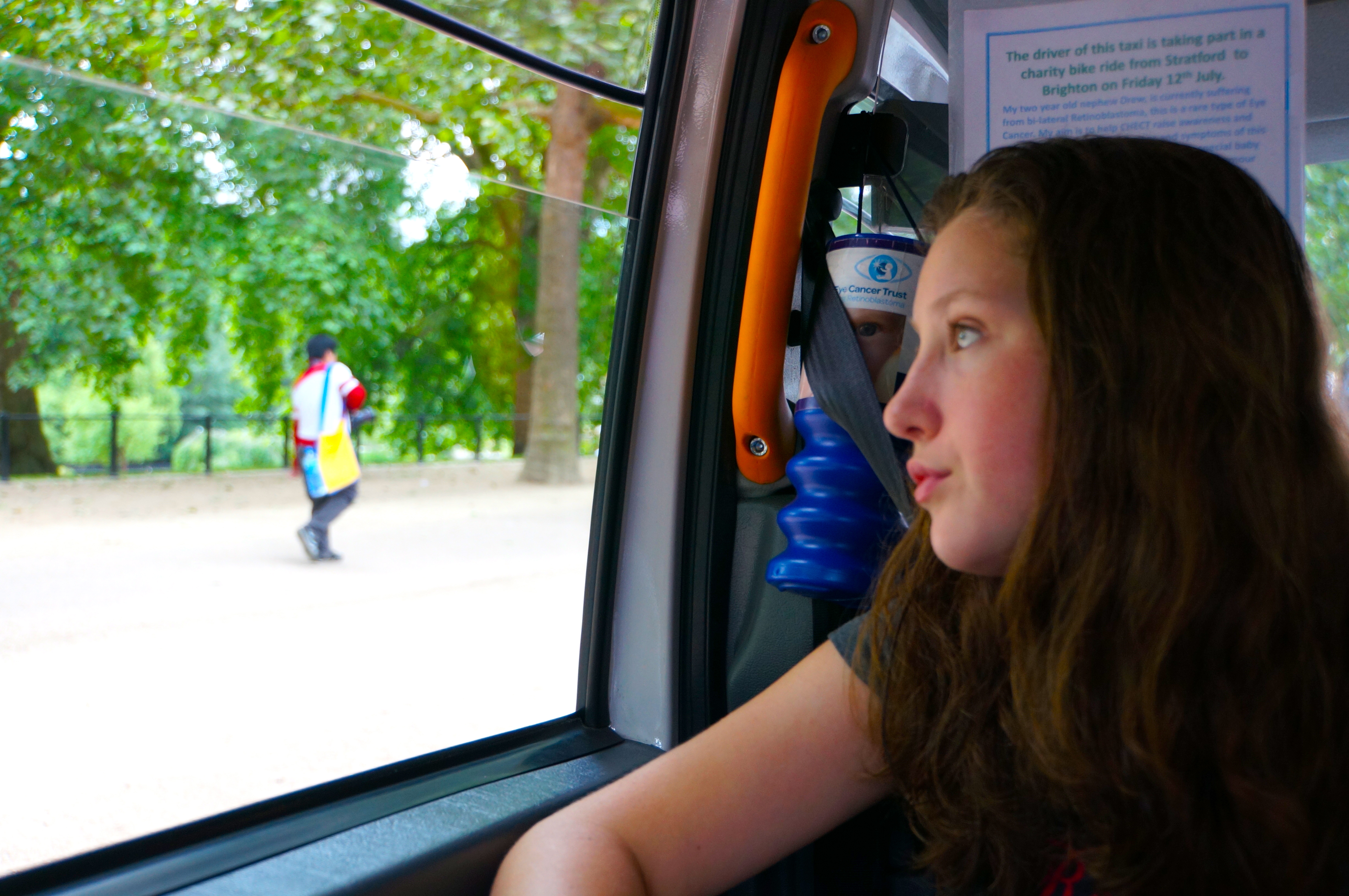 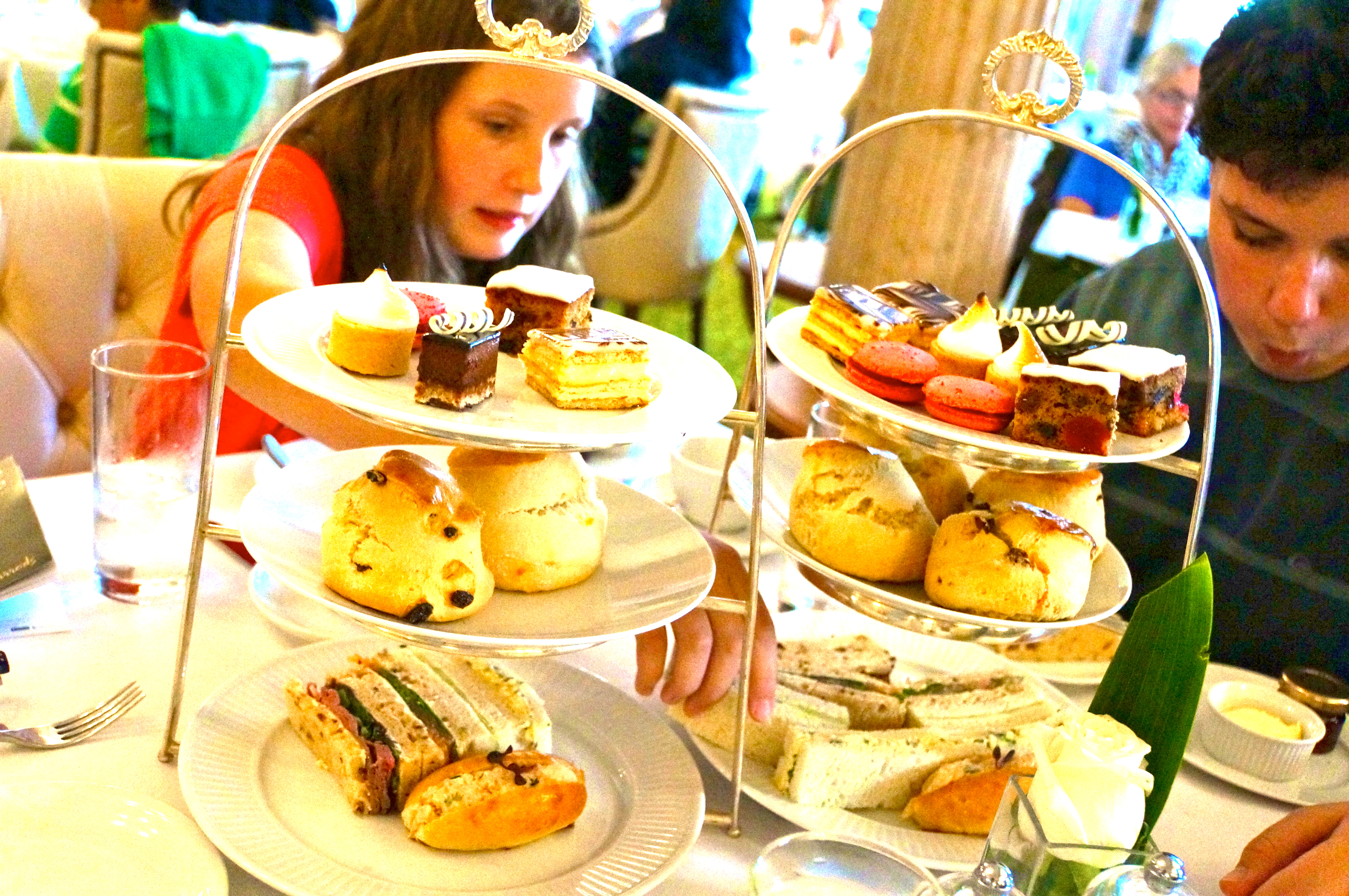 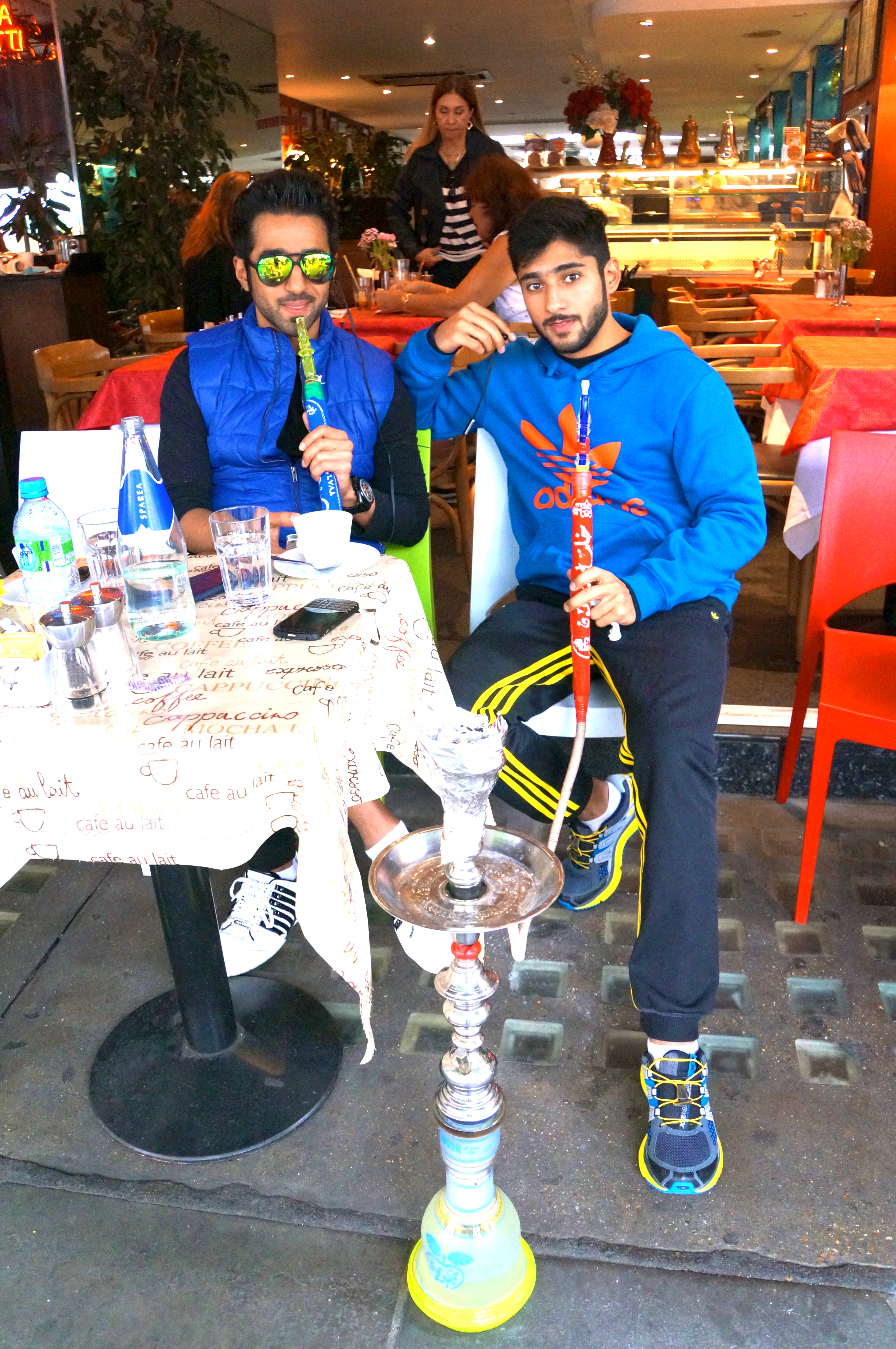 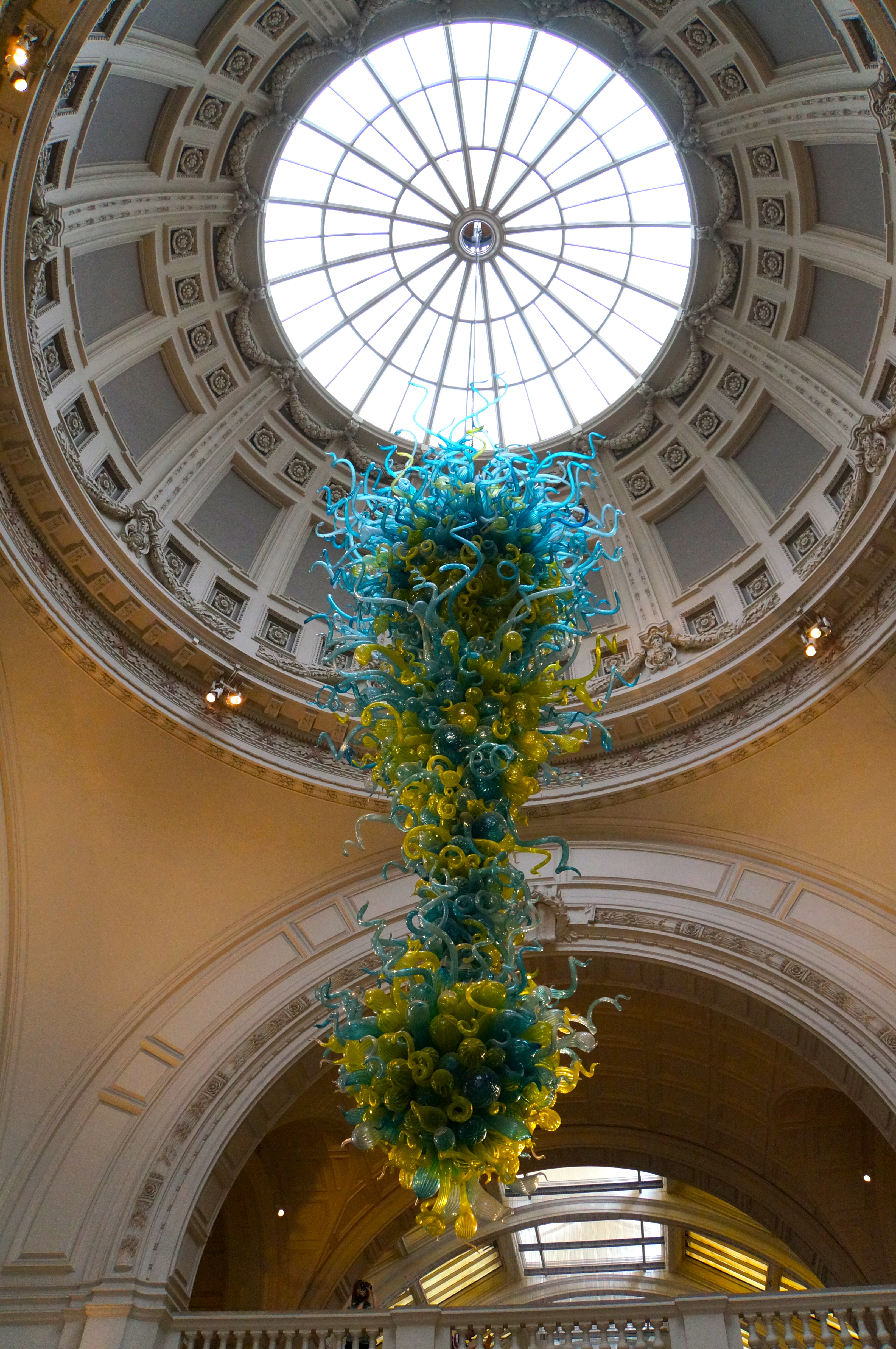 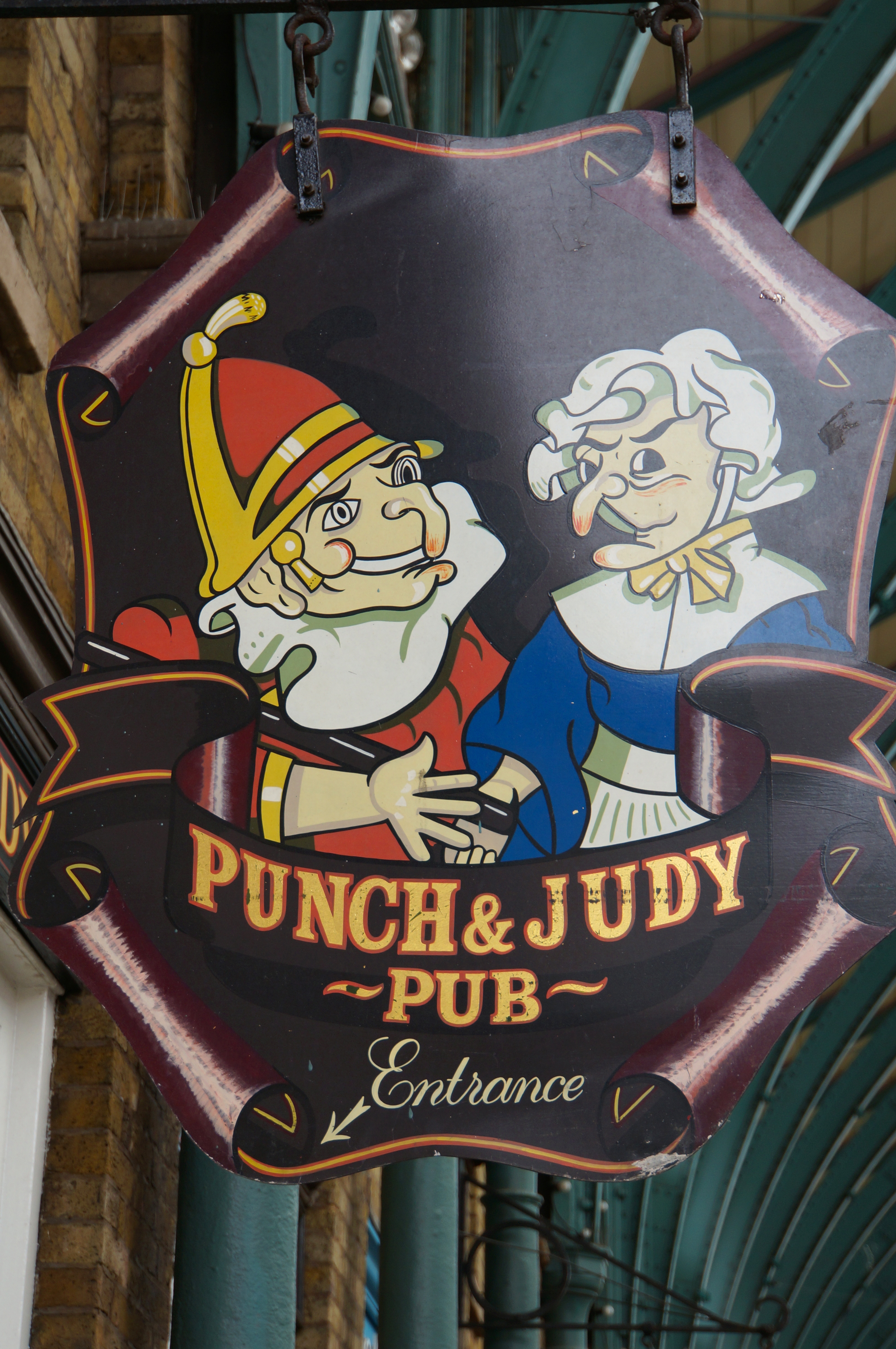 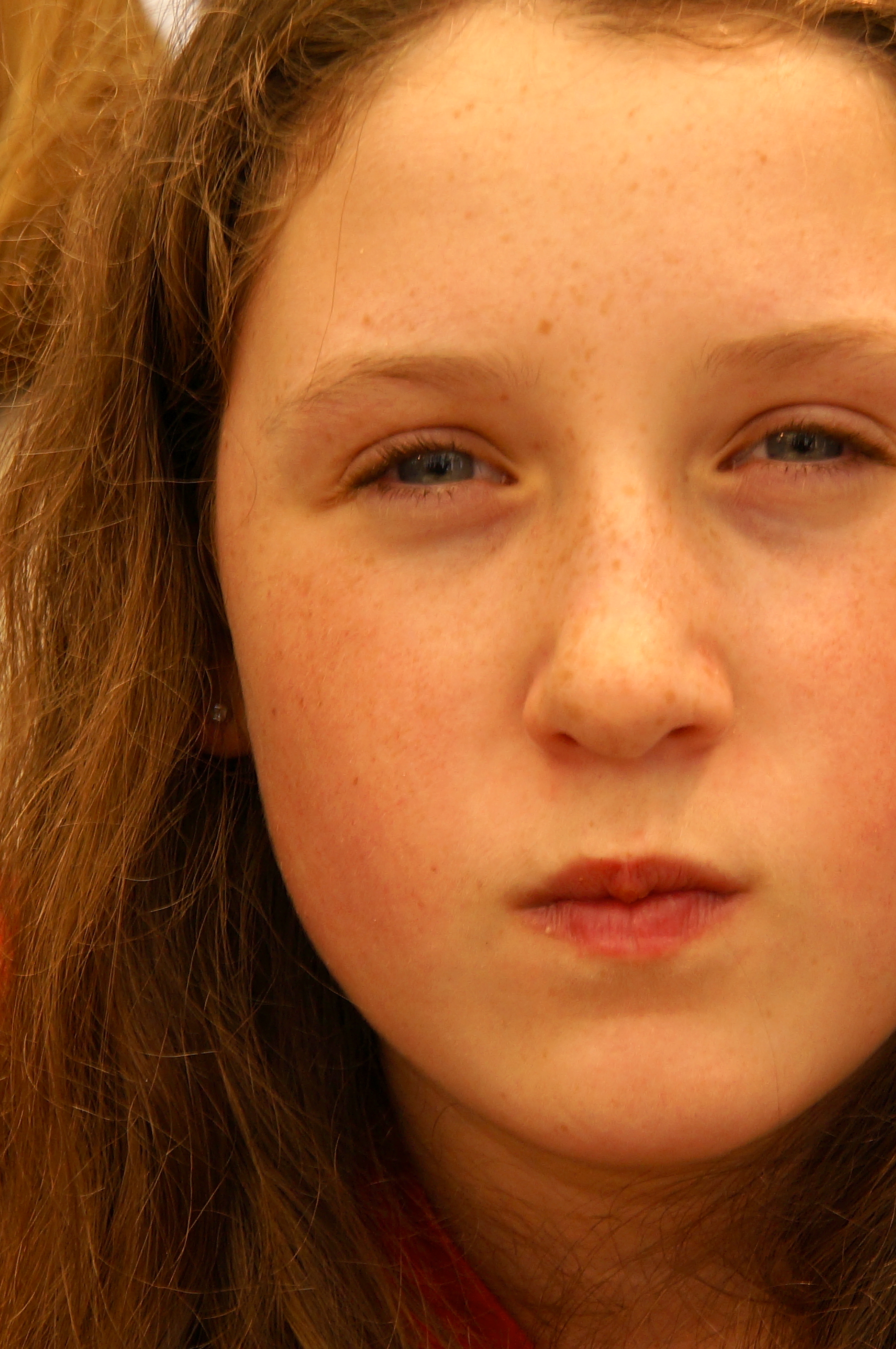 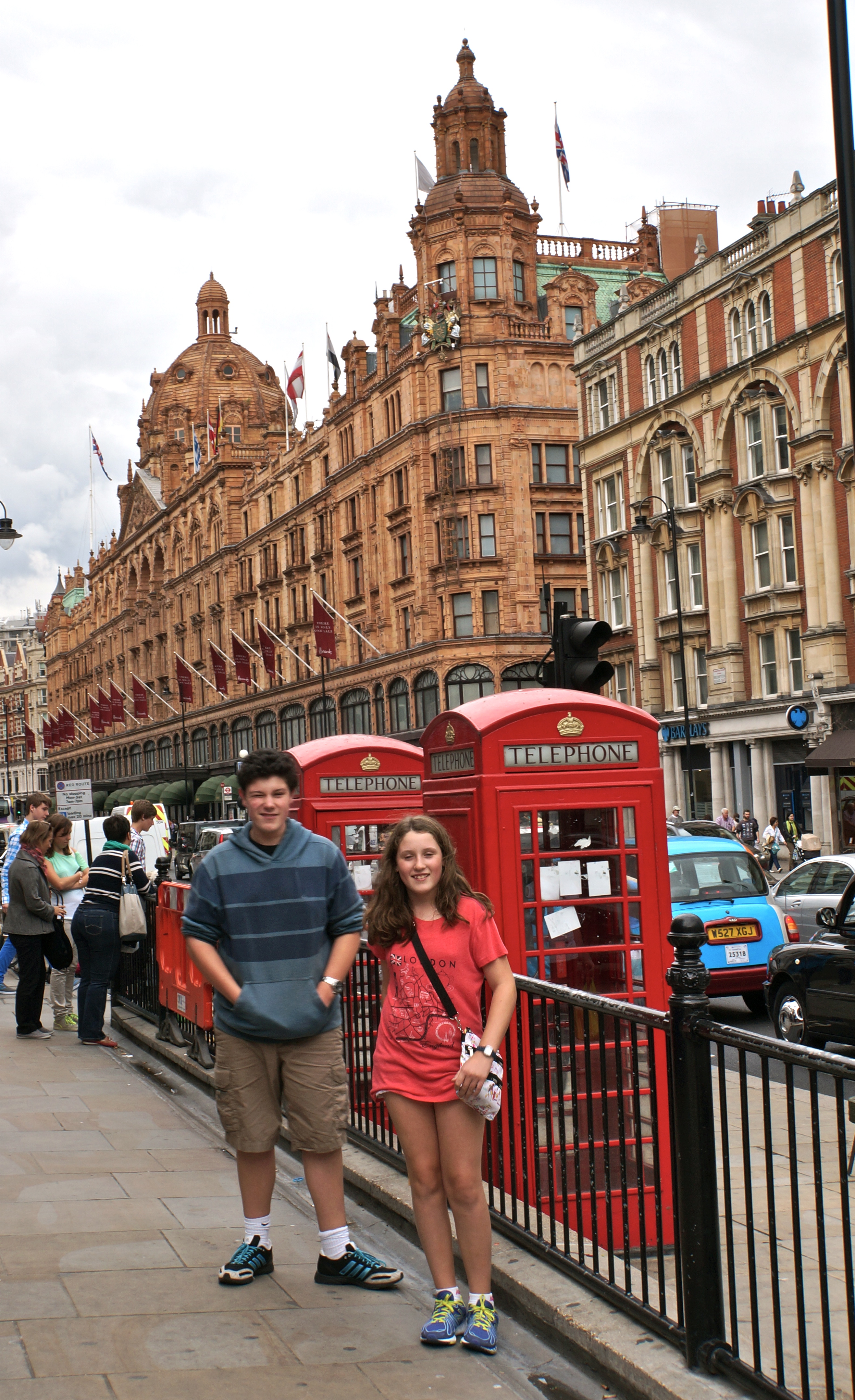 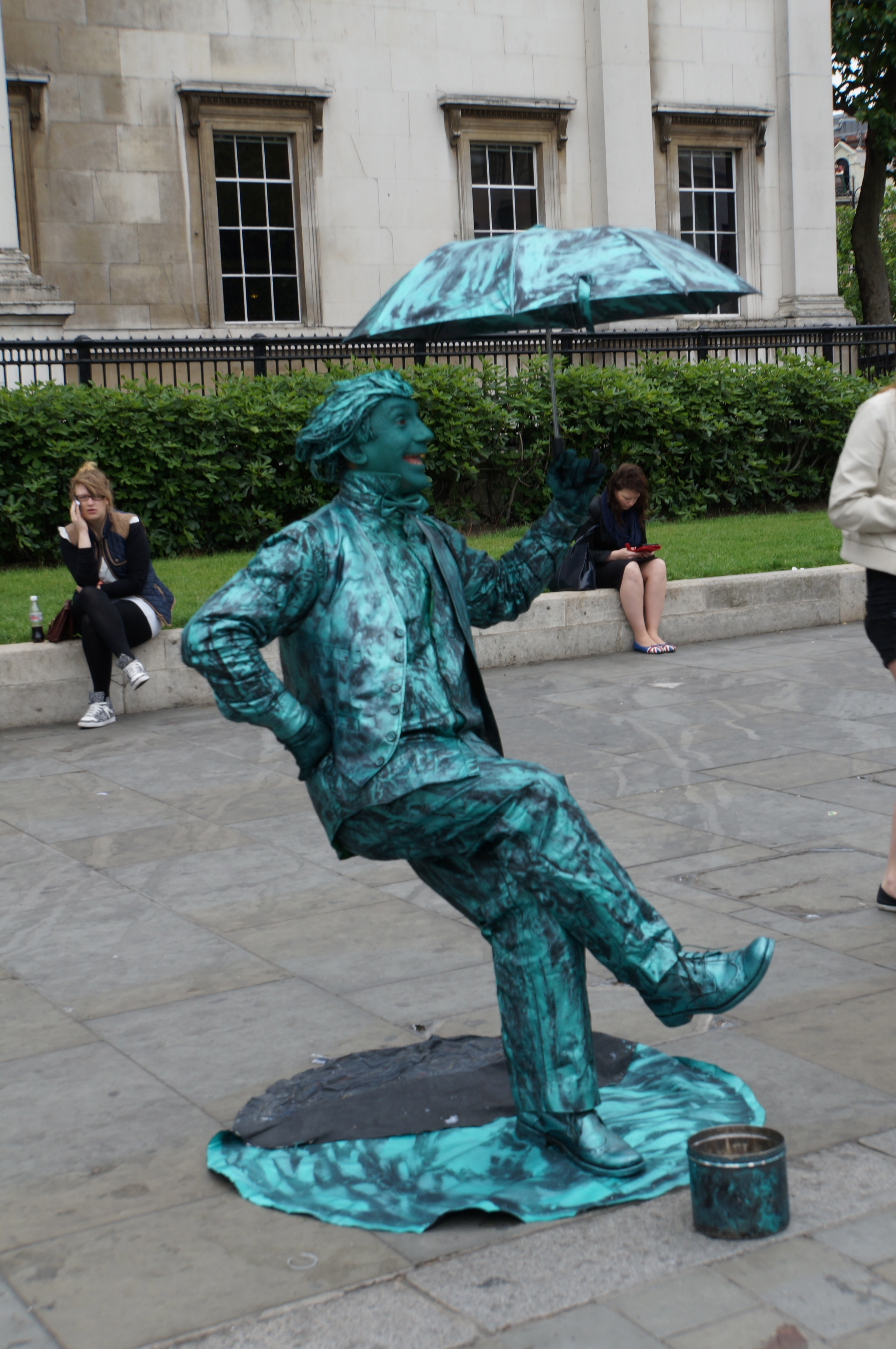 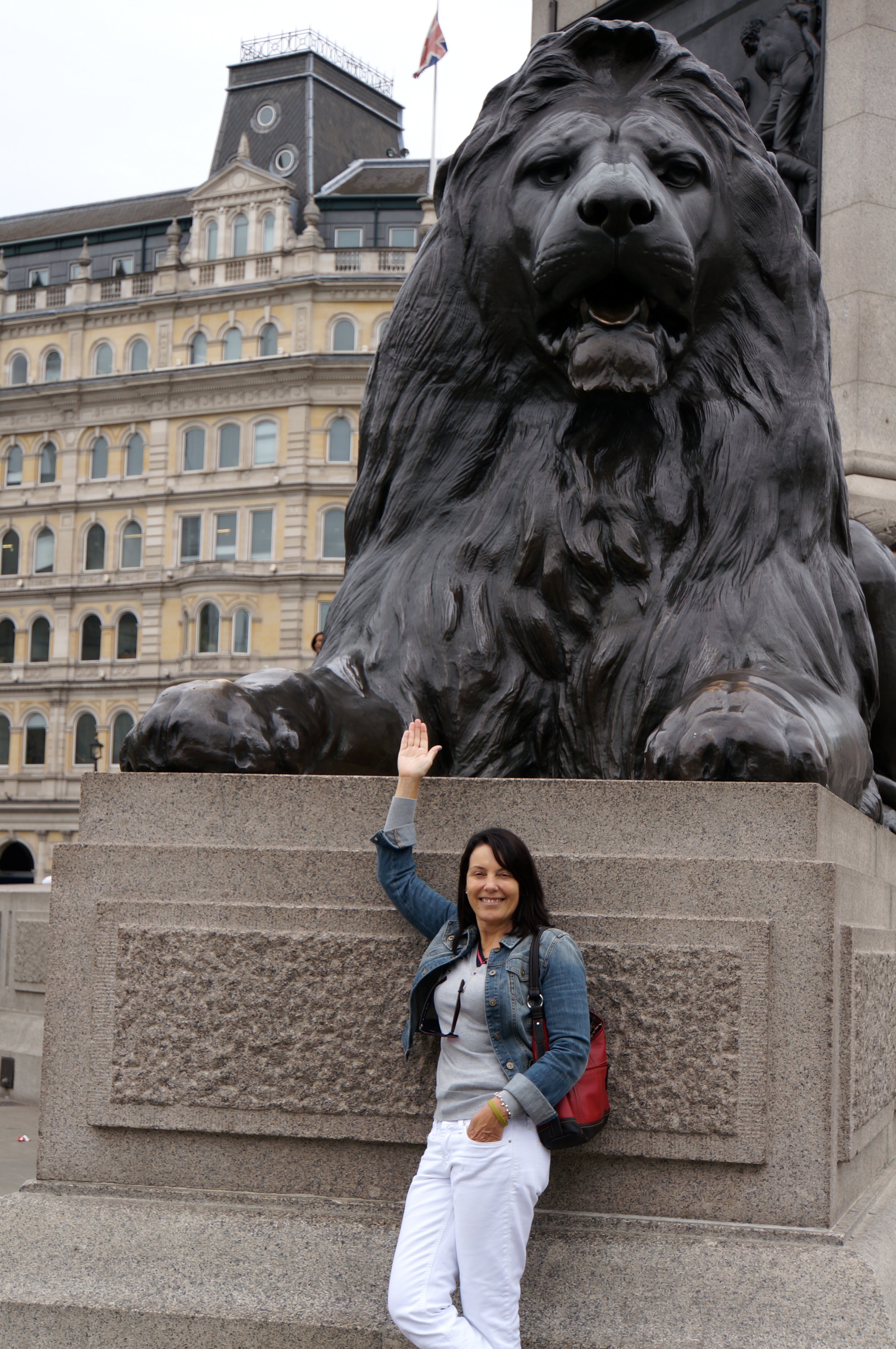