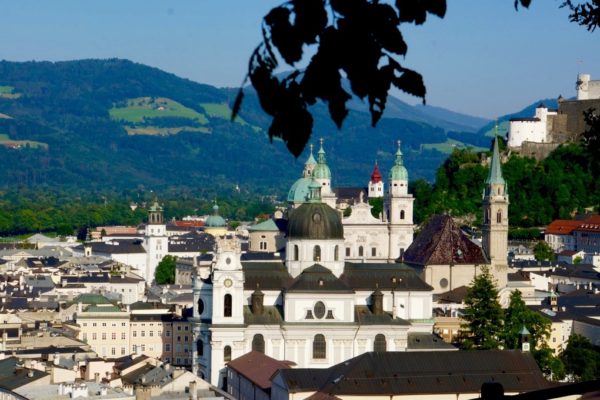 A Barrel of Salt: Salzburg, Austria

Last summer I started this post talking about a saying my father handed down to me.  “You can’t know a man until you’ve eaten a barrel of salt with him.” Those are my grandmother’s words passed down to me by my father. I don’t remember exactly when dad said this to me, or how many times, but it was a lot. It always had me wondering what a barrel of salt was, how large and how many spoonfuls were in a barrel, and how long would it take for me to get to know someone, truly know someone, if measured by how long it takes to really eat a barrel of salt. 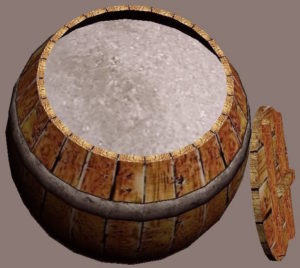 An actual barrel full of salt.

This idea came back to me recently, and it had to do with the devastating Brexit vote in the UK.  Just when I thought that the British were the smartest people in the world, so worthy of admiration on so many levels — the “Little England” vote won the day. Apart from my jaw dropping (which stayed dropped for a good 24 hours) and feeling like I had personally been kicked in the gut, I started to think about our assumptions of different countries and their people.

Here is where the post was going to take a turn to talk about the salt mines of Hallein, Austria, which are still in operation as a tourist attraction.  My boyfriend, his son and my children and I had the pleasure of dressing in silly salt miner clothes and sliding down wooden slides deep into the earth to get a close up look at the ancient salt mines that put Salzburg (Salt Fortress) on the map.Salt made Salzburg rich for many centuries and the history of salt and the intrigues surrounding the powerful families that controlled it might be somewhat fascinating to history buffs. Salzburg itself is beautiful, and I have many pictures to share in a future post about this magical city.

But since I started that post, a few things have happened in Austria that we here in America should pay close attention to. There was a Presidential election in Austria last May that resembles, in many ways, the election we are all suffering through in America right now.  I’ll try to encapsulate: A formerly Green Party Member, Alexander Van der Bellen, narrowly won the election by 31,000 votes against a right wing candidate, Norbert Hofer, “an anti-immigrant, Eurosceptic” leader of the Austrian Freedom Party.  In what is becoming increasingly the new normal, Hofer and his party won the right to a re-vote, challenging May’s election results on “procedural irregularities.”  Sound like something Republican Candidate Donald Drumpf might pull?  It certainly does to me. 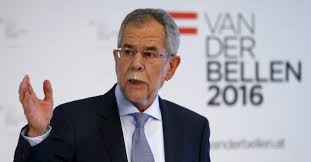 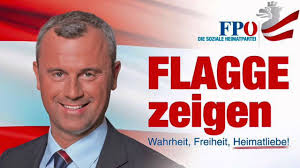 Van der Bellen, for his part, was gracious when he accepted his election to President back in May, 2016.  “While the elections had revealed a great rift running through Austrian society, the 72-year-old said: ‘This rift has existed for some time, though perhaps we didn’t look at it that closely in the past.’ The fact that people had debated the presidency so intensely was a positive sign that ‘people are not left cold by politics – they want to actively shape it.'”

That’s a wonderful way to look at the world, that all of the hoopla around the election is just people finally participating in democracy.  I would like to take the high road myself and see that people who are on the other side of how I look at the world have finally found a way to have a voice.  I do believe that Donald J. Drumpf  (forgive me, I have a filter on my computer that always changes Donald’s last name back to his ancestral name, the one his father gave up when he moved to America…), is not the man his avid supporters think he is. In fact, I think he is the very opposite man they think he is. He has never had their back in the way he deceitfully portrays himself to those Americans who really are just looking for someone to speak for them. I don’t believe they are all racists, or misogynists or Islamophobes. And I do have moments, many of them these days, of feeling sorry for them.

However, we must remember what’s happening right now in Austria.  The re-election takes place on December 2nd of this year and currently Norbert Hofer and his anti-EU, anti-refugee, anti semitic position is beginning to win again in Austria. It will be another tight race.  By god, with this upcoming election in America, we might have a Norbert Hofer in the Presidency both in Austria and at home.

We Americans, and the Austrians, would be hard put to eat a barrel of salt with either Donald or Norbert, but we just might have to after all.